As we’ve learned to establish our own agency and take care of ourselves, the concept of divorce has lost a lot of the negative stigma that used to surround it. The idea of staying together for the kids is great until it ends up destroying one or both parents. The logistics of switching from a single-home family to one that lives out of two separate homes is often challenging and can leave kids feeling overwhelmed and out of control.

How can you help your child regulate their emotions during parental transitions? Here are seven strategies to consider.

Set a Schedule and Stick To It

Getting your kids to stick to a schedule might seem like an impossible task, but once you have that routine in place, you’ll notice that your kids start to thrive. A 2014 study found that children who practiced a daily routine with their family had a 47% higher chance of developing good social-emotional skills. This can be a boon if you’re dealing with a rocky transition into separation or a particularly contentious divorce.

Do your best to work with your co-parent to create a schedule that you can both maintain, regardless of whose parenting time or visitation falls where on the calendar. It’s unrealistic for the routines in each of your homes to match precisely, but a schedule of parenting time transitions will help your kids feel confident about what they can predict in their day-to-day.

Have Two of Most Things

You want your kids to feel at home in both of their houses. If that’s the goal, the worst thing you can do is make them pack for a trip to their other parent’s house. It sounds like a small thing but that simple act of having to pack and unpack can make them feel less like a family member and more like a visitor. Even if it’s not overtly unwelcoming, it can have a negative impact on their emotional state.

Double up on things like clothing and toiletries. Your child may have specific things that they wish to cart back and forth between the two houses, such as phones, tablets or specific comfort items that are impossible to duplicate, but in general, you don’t want your child to have to pack just to go home.

Encourage Them To Play

To an adult who’s been conditioned to put away childish things, play might seem like a waste of time. For children, especially young ones who might not have any other way to effectively communicate, play becomes a way for them to express their emotions.

A preschooler doesn’t have the words to say they’re frightened or confused by what’s going on in their lives. To them, a tantrum might feel like the best way to communicate. Letting them get out and play can give them the tools to sort through those emotions and figure out how to talk to you about them.

If they’ll have you, consider joining them in their games. You’d be surprised how much you can learn about your child’s mental state by listening to how they overcome fictional problems or defeat imaginary monsters.

A divorce or separation means that something has fallen apart in your relationship. You don’t need to stay together for the kids, but you need to remain civil. Feel free to hate their guts in the privacy of your mind. When the kids are around, you need to do your best to work together as a co-parenting duo. Helping your child regulate their emotional state is a lot easier when they’re not upset and sure that they’re not the reason you’re fighting.

Don’t argue around the kids during your transitions. Don’t snipe at each other when you need to be in the same room, and don’t talk badly about the other parent when your kids are in earshot. Be an adult. Be respectful, and if you have any conflicts to work out, don’t do it when the kids are around.

In the madness and emotional turmoil of a divorce or separation, it’s easy to forget that your kids are experiencing this, too. They may only have the most basic understanding of what’s going on, but that is no reason to exclude them. They don’t need to know all the details, especially if you’re ending your relationship over a particularly difficult reason to talk about, but you need to keep them in the loop about anything that involves them.

This includes decisions about when they will be seeing each of you and where they will be living. Older children may even want to have a way regarding these matters. While the decision isn’t theirs to make, consider listening to what they have to say. It’s not a fun or easy conversation to have, but give them a chance to be heard.

Give Them The Time They Need

Divorces and separations can often be traumatic experiences. There’s a lot of emotion and of grief felt by everyone involved, kids included. Don’t be surprised if your child withdraws from many things that they used to do or wants to spend some time alone or with their other parent. Give them the time they need to cope with these new massive changes thrown their world off its axis.

If you’re worried about your child, don’t be the helicopter parent. Seeking out the aid of a therapist can help give them someone to talk to that isn’t you. Don’t take offense to this. Sometimes having an impartial ear is just the thing they need to help them open up.

Be Patient With Yourself, Too

Remember that you, too, are human. You don’t need to be a superhero, unshakable and immovable, while you’re going through this divorce or separation. Be patient with yourself and make sure you’re taking care of your mental health. It’s hard to take care of other people if you’re tapped out.

Helping our kids regulate their emotions during rough transitions in their life is part of being a parent, but it isn’t the easiest thing. Be patient with yourself and with them. The most important thing is to be there for them. Manage that, and everything else will fall into place. 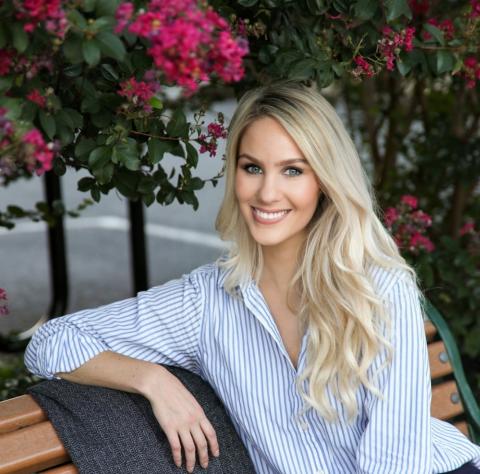 Kara Reynolds is the founder and Editor-in-Chief of Momish Magazine, an inclusive parenting magazine filled with parenting hacks, advice, and more to keep your beautiful family thriving. As a mom and stepmom, Kara hopes to normalize blended families and wants her readers to know that every family is beautiful and messy just how they are. When she's not writing, Kara enjoys pilates and likes a little coffee with her cream. Find more from Kara on Twitter @MomishMagazine.

Stay up-to-date with our latest co-parenting tips, app updates, and much more in our free newsletter for parents.

The tools on OurFamilyWizard are built to support clear and effective communication on the most important co-parenting topics.

The Basics of Joint Custody and Child Support

If you have joint custody, make sure you know how child support obligations may be affected.

50/50 Custody: What does it look like – and which is best for your family?

Explore these 5 examples of 50/50 custody schedules so you can pick the right one for your family.

Learn more about right of first refusal and how it commonly works in child custody agreements.

A child's attachment style can tell parents much about development stages. Learn more about…

Instead of simply waiting for it to happen, there are things you can do to stimulate the process to…

Dear Marsha: Navigating the Impact of Emotional Harm in Co-Parenting

Emotional harm between parents can have a negative impact on the whole family. Dr. Marsha Kline…