Today's Families are Resilient - not Broken

Families have changed a lot in the past 50 years or so. Today, less than half of American households contain a husband and a wife. According to the U.S. Department of Health and Human Services, approximately 40% of children in the U.S. have parents who are divorced. This shift in American family life has been widely lamented and criticized. Some have viewed this trend as representative of the “decline” of social morality, and a heralding of the demise of the American family. Although most American families do not meet the criteria of a “traditional” family, made up of a husband and a wife and their biological children, the remaining majority of “non-traditional” families continue to be stigmatized as somehow inferior to traditional families. Unfortunately, terms such as “broken home” imply broken families, broken parents, and broken kids.

Sadly, the myth of the “broken” home is widely accepted as fact. If one researches the term “what is the effect of divorce on kids?” the top ten or twenty internet search results will likely produce an array of articles and bloggers citing research that supports this view - that most children are forever damaged by their parents’ divorce. Because we are so accustomed to the notion that parental divorce permanently damages children and leads to all kinds of “broken-ness” - we often fail to view this research with a critical eye.

For example, one article that I recently read stated “twenty to twenty-five percent of teenagers whose parents are divorced are struggling with anxiety, troubled peer relationships, and poor school performance.” I admit, that does sound alarming. However, the article’s author did not mention how many teenagers whose parents were married are struggling with the same issues. Perhaps ten to twenty percent of all teenagers struggle in these areas.

Consider also how the theme of the same article would have changed if the exact statistic had been presented differently. For example, if the author had written: “Seventy-five to eighty percent of teenagers whose parents are divorced do not experience emotional, social, or academic difficulties,” then the point that the author was trying to make would have been very different. The numbers haven’t changed – just the way they are presented. This is just one example of how statistics about divorce are often presented in the most negative and discouraging light, thus promoting the stereotype of the “broken” family.

Despite more current and credible research which shows that most children of divorced families are as well-adjusted as children whose parents are married (see E. Mavis Hetherington’s book, For Better or for Worse, Divorced Reconsidered), older and less scientifically rigorous studies are still the most often cited. Perhaps the most well known author and researcher quoted as the authority on divorce and child custody issues is Judith Wallerstein. Yet, Wallerstein’s work has been widely criticized in academic circles. Other researchers in her field have pointed out that Wallerstein’s much-publicized studies lacked scientific rigor, and relied heavily upon subjective methods and personal interviews with children, where Wallerstein “interpreted” data and drew broad conclusions from these interviews.

By contrast, the more rigorous studies conducted by E. Mavis Hetherington, et.al are less widely known and seldom mentioned in popular media circles. Unlike Wallerstein, Hetherington compared her subjects to a “control” group – children whose parents were married, and Hetherington and her associates drew different conclusions than Wallerstein, noting that most children of divorce develop resiliency and do not suffer long term negative effects. Among fellow researchers, Hetherington’s work is generally well-regarded for its scientific methodology and conclusions that did not rely on the researcher’s subjective interpretations.

In a 2003 publication of the Journal of Family Relations, Joan B. Kelly and Robert Emery made this very point. They noted, “Divorced families have been widely portrayed by the media, mental health professionals and political voices as seriously flawed structures and environments, whereas, historically, married families were assumed to be wholesome and nurturing environments for children.” Kelly and Emery went on to say, “Unfortunately, many two-parent families do not offer a happy environment for parents or for children,” and “although there are differences in the average psychological well-being of children from happy married families and divorced families, it is also true that the majority of children from divorced families are emotionally well adjusted.” 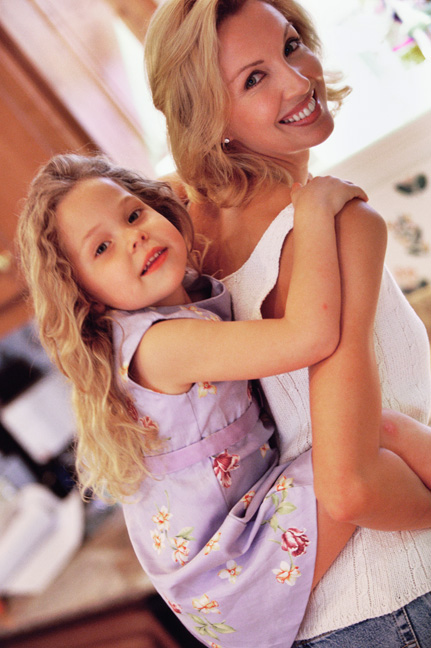 As experience and common sense tell us, reducing conflict can be a particularly challenging goal for divorced couples. Coordinating schedules that include school activities, holidays, recreational and sports activities and medical appointments (just to name a few) in a peaceful and cooperative manner can be an almost insurmountable task for parents who already may not communicate or work well together. Add the financial topics, where parents are required to provide an accounting of expenses and also pay child support, and it is no wonder that courts are often swamped with parents litigating even their smallest differences, and conflict between parents is inflamed, rather than alleviated. This translates as parental conflict, and parental conflict is inevitably detrimental to children.

In the days before email and personal computers, there was practically no light at the end of the tunnel for families and courts wrestling with these co-parenting issues. However, modern communication and digital technology now offer promising solutions for divorced parents. Software such as Our Family Wizard provides an affordable and innovative solution for families where parents do not live together, where they can easily coordinate schedules, pay child support, and account for various expenses in a secure online environment. Most importantly, this technology reduces the level of conflict between parents, and helps insure that children of divorced families do not fall into that twenty to twenty-five percent of children who are suffering negative psychological or emotional consequences of their parents’ divorce.

Here’s the upshot: Even though divorce statistics in the U.S. continue to hover around 40-50 percent, it’s not all gloom and doom. Despite the negative stereotyping, most families (parents and children) will adjust to this change and find their “new normal.” Although most children of divorced parents do not appear to suffer from long-term negative consequences, children from divorced families are at a higher risk for emotional, behavioral and academic problems later on. It seems that the level of conflict between parents - not the fact that parents won’t be living together - is the factor that contributes the most to this risk. Reducing conflict and eliminating opportunities for conflict (especially where parenting time schedules and finances are involved) is an important and pro-active means of helping insure good outcomes for these children. With technology available today, reducing conflict has become much easier.

It’s also important to dispel the demoralizing and shaming myth of the “broken family.” It’s time for The Majority to speak up - the majority of “non-traditional” American families, that is. Perhaps there is fear of being labeled “pro-divorce” or “anti-family values,” but there are far too few voices telling the real story – that most children recover and find resiliency after the crisis of divorce, and their moms and dads are doing the same thing that “traditional” parents do: loving and caring and providing for their families. Single parents, remarried parents, stepparents, foster parents, grandparents and all other “non-traditional” parents are an essential part of the fabric of our modern society. You cherish your families and you promote family values. The American Family may look different than it did sixty years ago, but it is not broken – it is resilient as ever.